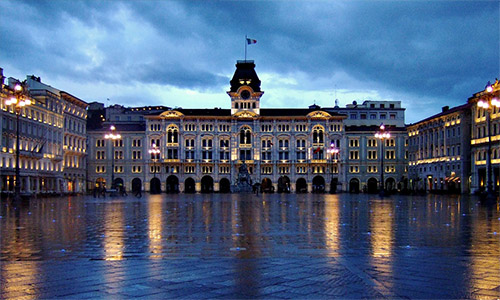 Trieste lies in the northernmost part of the high Adriatic in northeastern Italy, near the border with Slovenia. The city lies on the Gulf of Trieste.

Built mostly on a hillside that becomes a mountain, Trieste's urban territory lies at the foot of an imposing escarpment that comes down abruptly from the Karst Plateau towards the sea.

The karst landforms close to the city reach an elevation of 458 metres (1,503 feet) above sea level. It lies on the borders of the Italian geographical region, the Balkan Peninsula, and the Mitteleuropa. 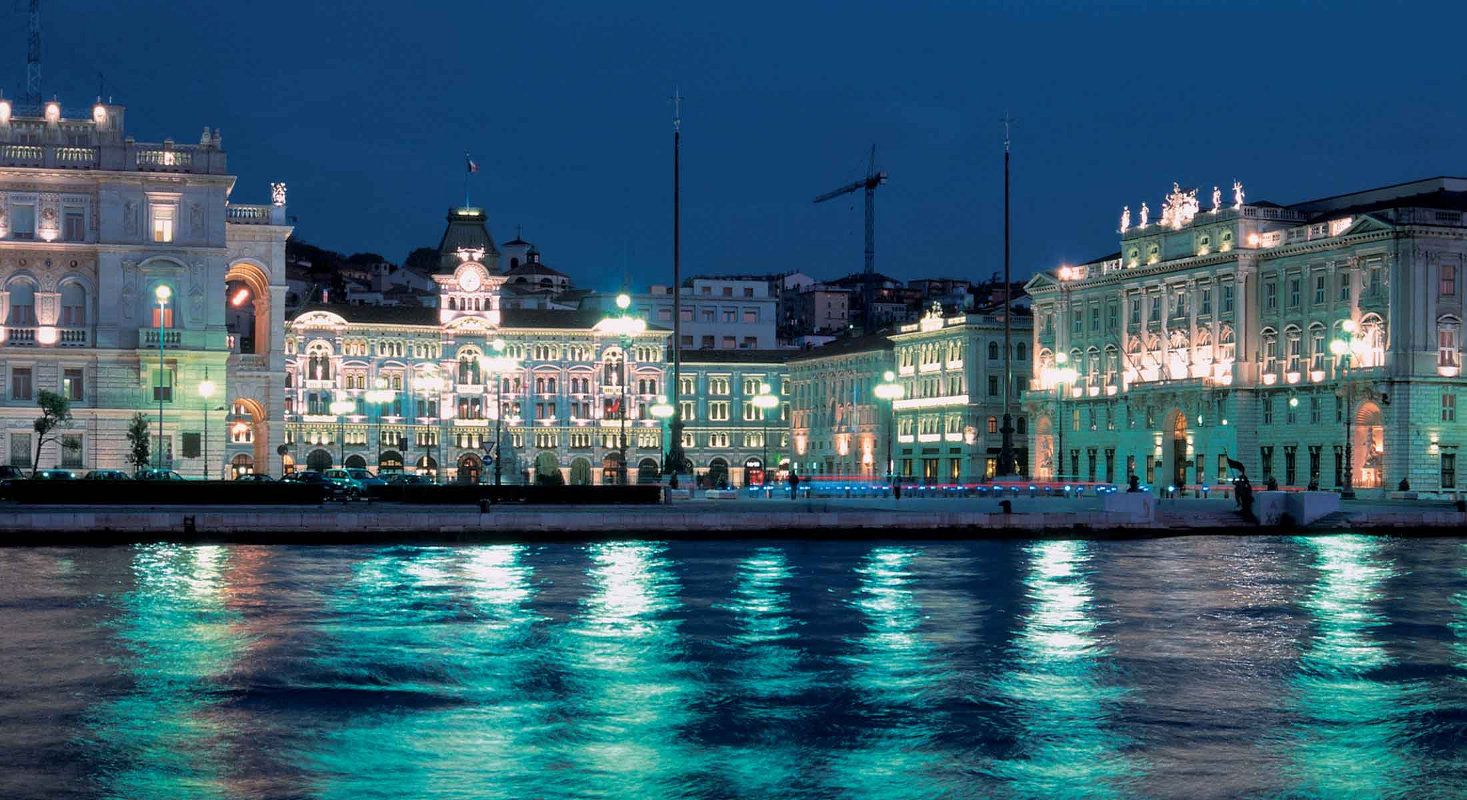 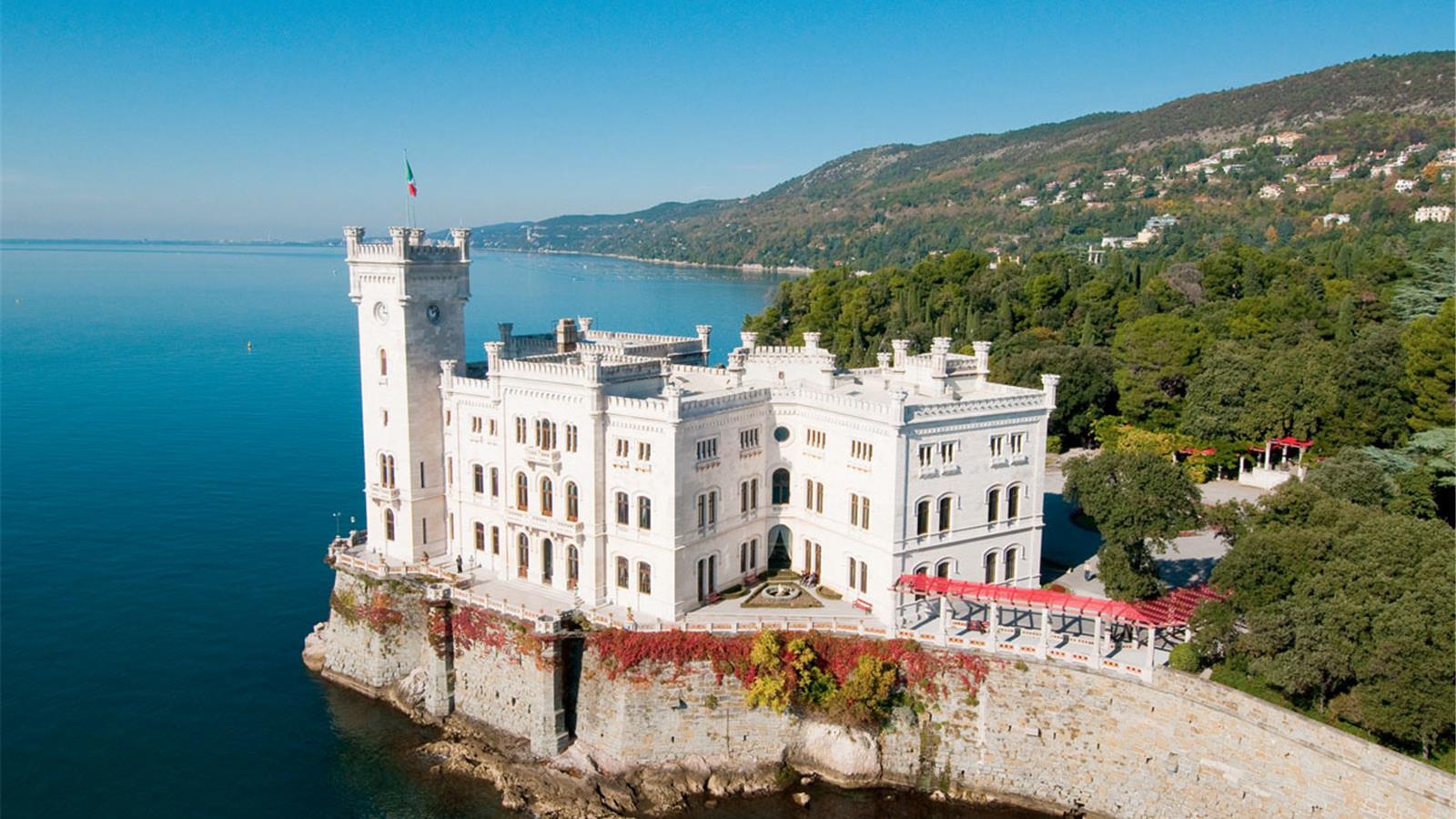